At a time when people are becoming more open in terms of underwear, closeup on an undergarment far from unanimous: the jockstrap. 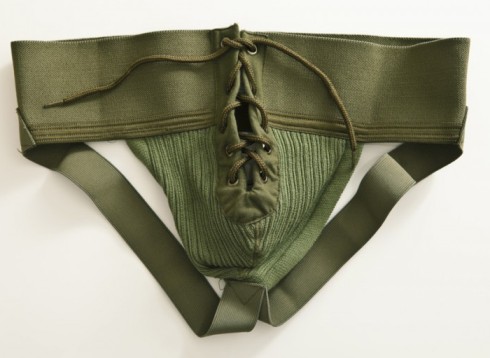 Do you know the jockstrap? Originally, it was an undergarment worn by American athletes. Then it was adopted by gays. Today, there are many who wear it, either because they are athletes or because they love sexy clothes.

The jock or jockstrap, what is it?
Also called jockstrap or simply jock, the American underwear, is composed of a pocket for the maintenance of the genitals, a wide belt and two elastic leaving the bare buttocks. It is possible to introduce a shell in order to effectively protect the genitals through a more or less violent sport practice: boxing, ice hockey, rugby…

The jockstrap, an undergarment considered sexy by gays
Male underwear plays the card of originality. Many are considered sexy and among them the jockstrap. Some men choose to wear to be comfortable or to revitalize their relationship. Turn a little sour says it has long been the favorite gay underwear.

But today, even heterosexuals, either because they are athletes, or because they want to give a little spice to their couple – and their anatomy – will offer this type of undergarment.

Why do they use the sports jockstrap?
Approximately 20% of sports enfileraient a jockstrap when they doing sports. This suggests that it is an undergarment particularly well suited to the sport. Half of American baseball players in particular seem to especially the have. We also know it is popular among fans of bodybuilding, rugby or among joggers. Anyway, here’s sports underwear that does not deny the naughty moments. So this is it? Are you ready to test the jockstrap?