Celebrities are well known for their tendency to do everything bigger and more luxurious than the common person, and we “commoners” love to dream. The average American wedding costs a little more than $20,000, but that’s not even enough to pay for the venue for most celebrity weddings. 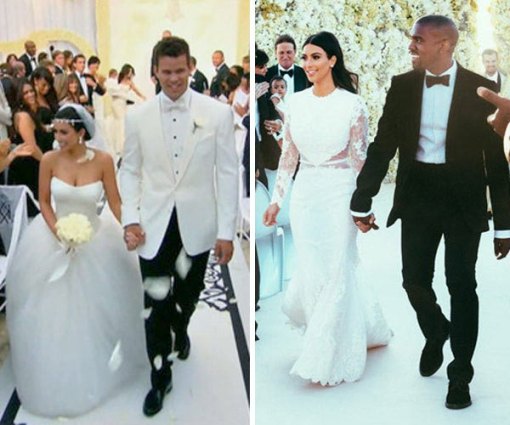 The engagement ring is only the beginning for these star-studded unions. From the dress, to the guest list, to the menu; there’s no spared expense. Here’s a quick look at some of the most expensive and lavish celebrity weddings of all time.

This match made a heavenly procession for themselves on an Italian shore, complete with a fireworks display. Justin even pulled out the wedding day serenade session while walking down the aisle.

The couple worked hard to maintain a paparazzi-free environment, going so far as to not even tell the guests the location of the union until just before the ceremony. All in all, it was reported that Timberlake and Biel spent a ballpark figure of around $6.5 million on their big day.

Kanye and Kim spent more than necessary before ever making it to the wedding. Kanye’s bigtime proposal cost the rapper more than $3.3 million. The wedding only came in around $2.8 million.

The couple’s marriage procession was far more than just a special day. Kim and Kanye spent a whole week celebrating their union in Paris and Florence, and took a shot at hosting the wedding in the Palace of Versailles. Their request was denied, and the couple shifted their plans to an old Italian fortress.

Everyone knows the unique love story of Celine Dion and her late husband Rene Angelil. Once they finally had the clear to be married, the couple tied the knot in the Notre Dame Basilica in Montreal, Canada. 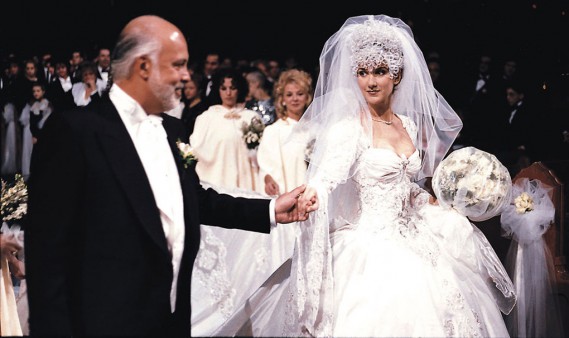 Dion’s wedding dress boasted a 20-foot train and her headpiece was composed of over 2,000 crystals. The glorious headpiece took over 1,000 work hours to complete.

The after party was held at the couple’s mansion in Windsor, and it lasted all through the night. Elton wanted the fans to be in on the fun, so we spent time posting on Instagram throughout the evening.