Cardi B – real name Belcalis Marlenis Almánzar – used Vine and Instagram to achieve viral success and achieve internet celebrity early on in her career, spent several years on VH1’s Love & Hip Hop: New York, and released two independent mixtapes before signing with Atlantic Records and releasing her breakthrough hit, “Bodak Yellow,” defining the sound of 2017. In 2018, she released Invasion of Privacy. Her album debuted at #1 on the Billboard Hot 100, won a Grammy for Best Rap Album (the only one in history awarded to a woman), and rapidly cemented her place as one of the most influential female rappers in history. 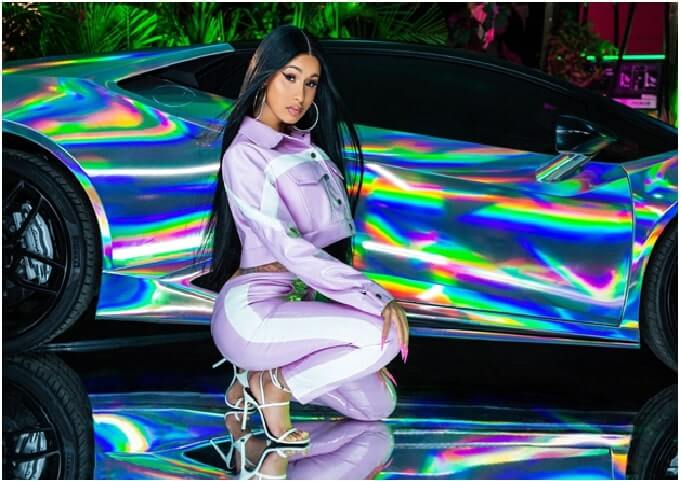 On that record is a song called “She Bad,” where she delivers the line, “I could buy designer but this Fashion Nova fit” – a reference to the Los Angeles-based clubwear retailer who achieved a monumental rise alongside Cardi. Since taking their brand from a small retail operation in California to the internet, they became one of the five most searched fashion companies in 2017, and became the most searched brand by 2018.

They achieved this by creating clothes that fit people who weren’t runway models. Unlike their competitors in the fast fashion space, they truly embraced curves, crafting designs that looked good on a body type that was astoundingly underserved by the wider market. Unlike their competitors in designer fashion, almost every item was released at highly affordable price points, with the majority of their constantly-updated inventory made available for between $20 and 30.

This quickly proved to be a recipe for success. The brand sold out of its initial inventory after launching on Instagram within 48 hours, and they now release up to 900 items a week, generating an endless number of new looks and new content for their massive follower base. Their fans see this as an opportunity to experience new items, catch the latest products before they sell out, and embrace body positivity in an era when it’s still so hard to come by.

Though the brand quickly made connections with influencers of all sizes, ranging from those who had a small number of followers to megastars including Blac Chyna, Christina Milian, Kylie Jenner, and Kris Jenner, as well as making fans out of Kim, Khloe, and Kourtney Kardashian, Fashion Nova’s core team very quickly knew that Cardi was going to be a star – and bet big on her future success.

Fashion Nova reached out to Cardi even before she had made a splash on Love & Hip Hop and built a relationship that led to namedrops, photos, and endorsements that sold a whole lot of clothes. Cardi has received up to $20,000 each month to wear Fashion Nova products, but that isn’t the only reason that the relationship has been mutually beneficial. As Fashion Nova founder Richard Saghian puts it, “We were doing well before Cardi, but she definitely gave us some legitimacy. She is one of our favorite partners because when she talks about Fashion Nova, she speaks from the heart.”

This naturally led, in November of 2018, to the launch of Cardi B’s first full-on collaboration with the brand. Cardi’s first collection sold out completely within a matter of hours, leading to a massive waitlist for some of the most coveted items across its over 80 styles. Her second collection generated over $1 million in revenue in under 24 hours, with the brand stocking up on almost five times as many of every item in an attempt to satisfy demand, but still experienced super-massive sales on a scale that few brands in their space – and especially in their niche – ever achieve.

When asked what inspired her to create the clothes that she sold as part of her Fashion Nova collection, she quickly let slip what it is that she (and so many other women) love about the brand: it feels designer, but fits her body – and the price point doesn’t break the bank. She revealed that many designers were still unwilling to lend her samples as of early 2018, and Fashion Nova’s belief in her early in her career forged a bond that won’t be broken anytime soon.

On top of the clothes, Cardi also threw launch parties with the brand, bringing out influencers, rappers, and models to celebrate her capsule collection alongside artists including Blueface, City Girls, YG, and Lil Nas X, who at the time was riding high on the success of his record-breaking #1 single, “Old Town Road.” These events further cemented the relationship between Fashion Nova and major A-listers and showed the power of Cardi’s reach.

For brands looking to achieve similar success in 2020, however, the lesson is this: look for the Cardi Bs who are coming up right now. Forge unique and authentic relationships with them, and you are more than likely to be rewarded in the future as you build your company with the support and endorsement of extraordinary talent. When you throw a game-changing party, you’ll know exactly what to do – and truly feel like you earned it.