Karl Lagerfeld is not only recognized worldwide as one of the most famous designers but also for his friends and his controversial remarks that as incapable of elitist. Its popularity came from the hand of his work as a designer for Chanel and Fendi. And his own brand of perfume and clothing line, Lagerfeld. 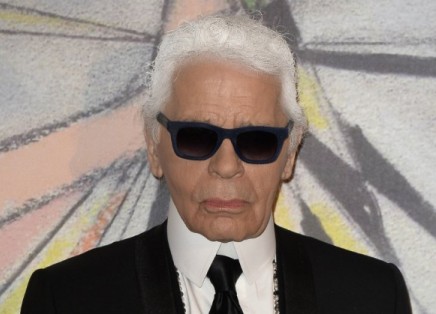 To learn more about this eccentric fashion figure not miss these curiosities of Karl Lagerfeld that will surprise you!

Designed his own glasses
The sunglasses under which tends to hide are own original design called Orrefors that can be found within his brand. Despite innovate with catwalk designs, it has a classic, understated style and never leaves the black.

Read the news daily
Every morning the special designer reviews the news and all its sections and likes to stay informed. Read journals in English, German and French. And he also likes to write letters and cards by hand.

He love photography
Lagerfeld has a private photo studio in Paris. He has a great passion for photography, only performs his photo sessions at night and only friends.

Lost about 36 kilos in a year
The dramatic transformation of designer body was very controversial. His goal was to wear different clothes designed by Hedi Slimane.

The diet that his doctor developed for him was transformed into a book called The Karl Lagerfeld diet.

His vision about the body and health has led him to many controversies, such as his statement that the singer Adele was too fat.

He has his own Barbie doll
This year Mattel announced its collaboration with the designer with the idea of creating a new Barbie on the occasion of its 55th anniversary. The designer himself was inspired to design this doll that features a fitted black blazer, skinny jeans, white shirt and black satin tie. Barbie also includes accessory that identifies the designer: his sunglasses.